Image Builder is a set of powercli commands that allow you to add or remove vibs (packages) and
generate new ISO images. This can be very useful when installations fail since the built-in nic is not recognized during the install or combined with autodeploy to update images.

Offline Depot: A depot is a collection of vibs and image profiles. 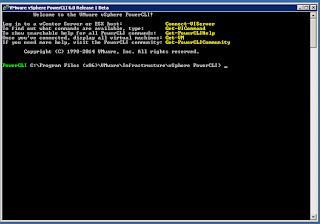 2. Connect to a vCenter Server: 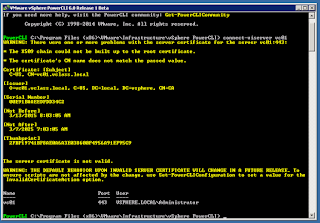 3. Add the ESX Software Depot that you downloaded from VMware and look at the contents: 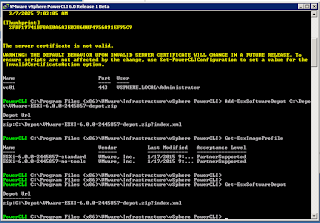 4. User the Get-EsxSoftwarePackage to view all the packages within.

4. Create a clone with the New-EsxImageProfile command.

5. Verify that you can see the clone.

6. Change the type to Community Supported with the Set-esxImageProfile command.

7. Add the other depot that contains the extra vibs to add. These vibs could be downloaded from different locations such as partner sites:

8. Add the extra vib to your working clone:

9. Verify that the newer version of the vib was added (version 4.4 in this case). Be aware that vibs have dependencies and conflicts. You may have to remove the original vib that you are replacing. That command would be Remove-EsxSoftwarePackage:

10. Generate a new .iso that contains the extra vib and test it: 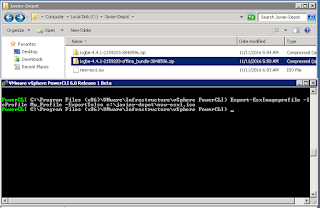 Final Note: There are other tools that can perform similar tasks. Look up esxi-customizer or its successor esxi-customizer.ps
Posted by esx-guy at 4:36 AM